Drinkbox Studios – known for its ‘Metroidvania’ titles Guacamelee! and Guacamelee 2! – has announced that the top-down RPG Nobody Saves the World will be coming to Nintendo Switch on April 14th for $24.99.

Originally released on Xbox and PC on January 18th, 2022, the game marks a stark departure from the Guacamelee! series and the touch-focused action title Severed, marking Drinkbox’s first proper foray into the RPG genre. The Switch release will also come with local co-op functionality on day one, with two players able to play together in Tabletop Mode.

Here are some key features from DrinkBox Studios:

– Transform into MANY FORMS: Unlock 15+ distinct Forms, from Rat to Rogue to Robot, each with its own unique gameplay mechanics.

– Mix & Match ABILITIES: Combine over 80 Form abilities to create powerful customized builds. Play as an Egg that can leave a trail of slime and shoot fireballs!!! We can’t stop you!

– Unconventional QUESTS: Help the strange inhabitants of this world deal with their troubles. Each Form also has its own set of quests, which you can complete in creative ways.

– Online Co-op: Invite a friend to play through all, or part, of your adventure together. 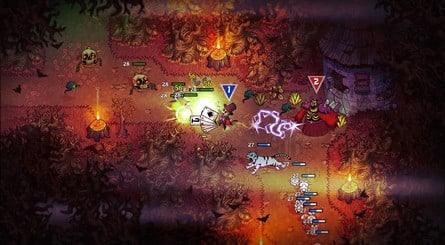 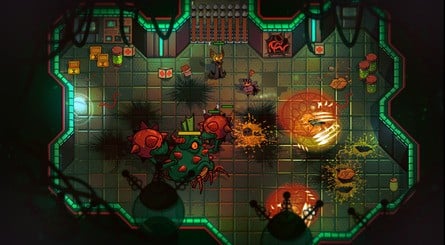 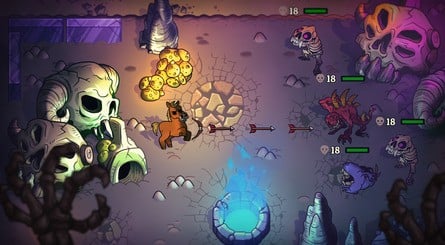 Drinkbox Studio’s co-founder Graham Smith had the following to say of the Switch release:

“We’ve been around for 14 years now, and Nobody Saves the World has quickly become one of our most successful games. Whenever we try making something completely new it feels like a big gamble, so we’re really happy that the game has found an audience, and hope that even more people will be able to enjoy it now that it’s arriving on PlayStation and Switch. Who knows, perhaps we’ll have more Nobody Saves the World ideas and forms to explore in the future!”

Our sister-site Pure Xbox reviewed the game earlier this year, awarding it an 8/10 and praising “excellent and addictive dungeon-crawling action” and the wide range of choices available thanks to the multiple skill sets.

Will you be picking up Nobody Saves the World when it launches later this month? Let us know!