Ah, we do love a good port for the Nintendo Switch. After all, the best way to play a game is in bed, which the PlayStations and Xboxes of the world can’t really manage without a whole living room/bedroom remodel. But the Switch gets a lot of sub-par ports with grainy, low-resolution art or — even worse for some — Cloud Editions, which force players without great internet to deal with compression artefacts and connection issues all over the shop.

So it’s very nice to see a port that has extra time put into the Switch version, like Life is Strange: True Colors, which was done by development studio Dragon’s Lake, and is covered in this technical behind-the-scenes video.

With a rebuilt lighting system, tweaked anti-aliasing, Switch-specific shaders, and a bunch of optimisation features, this version of the Switch isn’t just “turn the graphics down to low” — it looks a lot like the versions on other, more powerful consoles. 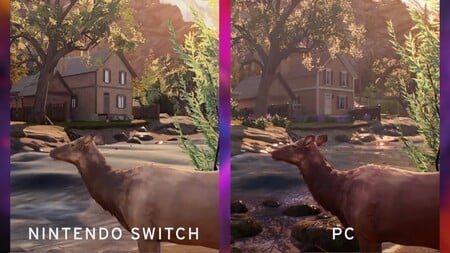 Click in to see the differences between Switch and PC

Admittedly, it’s still not quite as gorgeous. Other consoles can handle much more subtle lighting and higher polygon counts, and you just can’t replicate the way that looks. A lot of the background decoration around the town — flowers, rocks, and so on — has been taken out, to prioritise more important models in each scene and speed up rendering time.

Have you played True Colors on Switch? Do you think it looks good, or do you think that some games are always bound to look a little ropey on Nintendo’s tiny handheld screens? Let us know in the comments!