At the Media Indie Exchange showcase, we got a brand-new look at the upcoming indie platformer Tinykin. Mixing 3D environments with paper-thin (literally) character models and collecting and throwing small creatures that have overtaken your former home planet? Sounds like a few little Nintendo titles might’ve had a hand in inspiring Splashteam’s game. It’ll be right at home on the Switch, then!

Tinykin wears its heart on its minuscule sleeves, with Paper Mario-like visuals, and Pikmin-like pet throwing. The game sees Milo, a young boy from another planet, land on Earth. There, he has to team up with some tiny creatures called ‘tinykin’ to create paths and explore planet Earth. Yes, “our Earth”, except Milo is tiny, and the planet has been stuck in the ’90s for over 200 years! So we can expect giant Tamagotchi and Game Boys everywhere then, yeah?

There are different colours of tinykin, and each colour specialises in something different. For example, pink tinykin are the strongest – shh, don’t tell the Purple Pikmin – so they’re able to push or carry large objects.

Here’s what you can expect to find when you start exploring Earth as a miniature person::

– Explore cities of ants, beetles and other insects built inside of a giant house
– Meet characters everywhere you go and learn their stories and history
– Catch over a hundred tinykin in each city, and use their special abilities to climb higher, break down doors and solve the city’s problems!
– Skateboard around on Milo’s tiny soap-board! Jump, grind and hover around the house
– Collect upgrades to improve Milo’s bubble-pack, build out the Ardwin Museum and complete Ridmi’s mysterious machine!”

There’s currently a demo available to download on Steam, so if you can’t wait for Pikmin 4, then this should scratch that itch.

You won’t have to wait too long, as Tinykin is coming to Switch this summer. Why not check out the game’s official site for even more details, or marvel at how weirdly cute those little alien creatures are below: 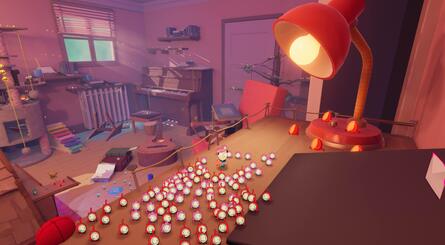 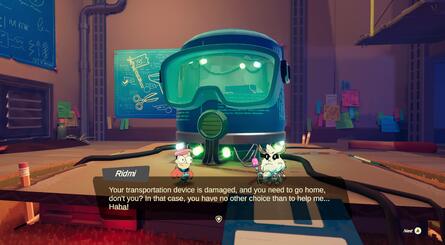 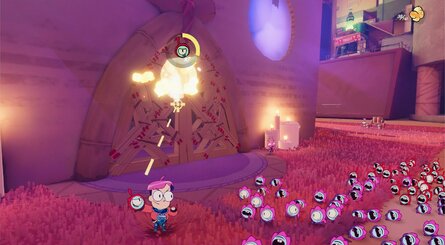 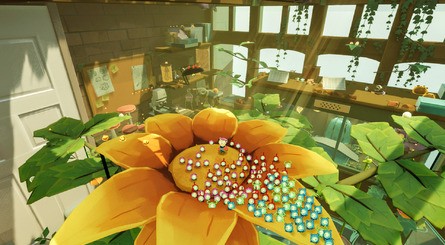 Let us know what you think of Tinykin in the comments!