The Last Worker is a title that, with each passing month, is attracting more attention and curiosity. It’s a project led by Jörg Tittel, whose career has seen him work across the arts in TV, film and games. Revealed last year with an enigmatic trailer, it also achieved the notable landmark of being showcased at the 78th Venice Film Festival, which was also the moment its impressive voice cast was announced. Combine that sort of buzz with its intriguing recent trailer (above), and it’s clear that this is a game to watch.

When we last spoke to Tittel it was in the rather interesting position of talking around some serious self-imposed embargos. Recently, however, we were invited to an online press event by publisher Wired Productions and got another look at the game, getting a better feel for its approach and what it’s trying to achieve.

As you can see in the trailer, it’s shaping up as a first-person experience with plenty of variety; you can see sections of puzzles, stealth, a bit more action and, yes, moving and stacking boxes. As the last human standing in a robot-operated distribution warehouse, you do the ‘job’ at times, but then you go into unauthorised areas to give both the story and gameplay a shake-up. 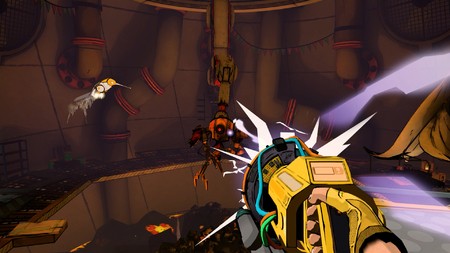 While Tittel is the game director and creative force behind the game, he’s always been keen to highlight the talents of Wolf & Wood, The Last Worker’s development team. It’s a studio created by Ryan Bousfield, which has forged a strong reputation for VR projects.

While it’s tempting to wonder how that can convert into creating an exceptional ‘flat’ experience, Tittle explained to us that it’s a strength for the project. Not only is frame rate and performance given a sense of priority, but the design principles of VR fit well with creating an immersive first-person experience.

“Ryan has been a true pioneer in VR, from his beginnings making A Chair in a Room while literally being one guy sat in a chair in a room, to him having a whole team of amazing artists, coders, animators. And a life-sized Gremlin. He’ll be too humble to brag, but he’s invented a lot of the mechanics that are now seen as standard in VR these days.

His background in horror is also massively useful since that genre in particular requires particular attention to detail, sound etc, all of which is extremely important in our (non-horror) game. VR is “first person plus” and so everything we’re applying to VR also informs the “flat” versions massively, e.g. how to direct the player’s attention despite the freedom of movement in 6 directions.”

A lot of the presentation we saw focused on the creative direction of the game, setting its dystopian scene and highlighting the role of its storytelling and performers in the experience. The voice cast includes Jason Isaacs, Ólafur Darri Ólafsson, Clare-Hope Ashitey, and David Hewlett, who you see playing the rather strange CEO in the latest trailer. It’s not just their talents that have come to bear, but importantly they seem to have enjoyed the experience, with Isaacs apparently delivering a performance that is at times comedic and ‘foul-mouthed’ for good effect.

Hiring experienced TV and film performers for a game isn’t exactly new, but it does show the commitment of the developers to the game’s storytelling; players will have multiple paths and ‘impossible moral choices’, for example. Applying the same creative and writing standards to The Last Worker as he would a film or TV show has been integral to the project. In fact, Tittel sees games as an art form beyond those veteran forms of media, and feels the actors and their performances reflect that fact.

“I have definitely been drawing upon my experience in TV, film, theatre and comics. I very much see video games as the ultimate art form (cue people saying “games aren’t art”) in which all media and forms of storytelling can be combined. And we’ve reached a stage where great actors such as Jason Isaacs — who is no stranger to video games, having lent his voice to a few in the past — are also ready to see games as a legitimate way to stretch their talent. I hope people will agree that these actors are bringing a huge range of emotions, joy and passion to their roles, and I’ve certainly never been stretched more creatively than here, not just in terms of scale but also in terms of feeling the pressure to make something memorable, heartfelt and engaging.” 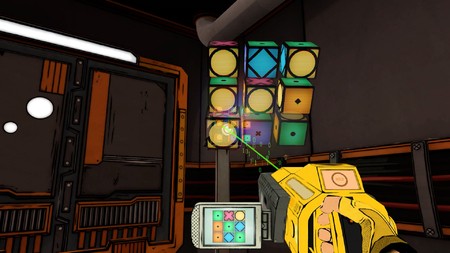 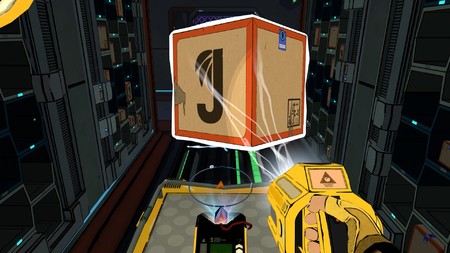 There’s also no hiding from the tone of the game, with a dystopian setting riffing upon current hot topics. The ‘CEO’ in the trailer and the warehouse itself have obvious real-world comparisons, but Tittel is eager to emphasize that it’s not a game written to hector or kill the mood of players. He hopes it’ll bring levity and fun, alongside more serious messages.

We’re living in a dystopia already threatened by plagues, Boris and bored apes, and so we didn’t want to depress people further – or to lecture them. Our goal first and foremost has been to make a world the player will want to inhabit, full of beautifully crafted, colourful, chunky characters, environments and interactions. But the game is also about something — no doubt about that — and hopefully people will enjoy the characters good and “bad” and want to discover the different endings.

Being Nintendo Life, of course, we had to ask specifically about the Switch version. The Last Worker is coming to most platforms, including PS5 / Xbox Series X|S, but in our previous interview last year Tittel insisted the Nintendo hybrid wouldn’t get an offcast, rough version. Wolf & Wood’s VR background puts a focus on solid frame rate performance regardless, but beyond that Tittel is a card-carrying Switch (and Nintendo) fan. We’ll leave you with another assurance that the experience will stack up well on Nintendo’s system:

I adore the Switch and the Switch version is the chunkiest. It feels so good to hold this world in my hands.

Yes, ‘chunky’ is a good thing in this case.