Hello dear Xbox community and fanbase! My name is Lo Wang and I am the Chief Head of Marketing Execution and Strategic Planning Strategist at Flying Wild Hog. Kinda. I’m also the star of the game, so let’s just roll with it. Today, I, together with the whole marketing and PR department are proud to show you the epic release date trailer for Shadow Warrior 3!

We have been working on this trailer for a long time. We’ve done many A/B (even C!) tests, we spoke to our chief demographic on a “deep and personal” level to gain insights, and we’ve conducted qualitative and quantitative research to improve this wonderful piece of marketing content. And now, we are proud to say that our target market has unanimously stated that this trailer is “cool”, which means our job is done (let the guys at biz dev worry about sales – hahahahahaha! Am I right!?!).

Now, our friends over at Xbox have told us that apart from showing our trailer, they will also allow us – me – to create a blog post about the game as well. As a huge gamer myself (not to mention the handsome star of multiple Shadow Warrior installments), this is a dream come true. But as a Chief Head of Marketing Execution and Strategic Planning Strategist, well, this is an opportunity for some more marketing! Now, the eggheads in Production and Art told me that if I go overboard, they won’t be delivering any further marketing materials, so we have to tread very lightly. So let’s see what this game is all about:

Shadow Warrior 3 is a fast-paced first-person love song dedicated to action. As Lo Wang, an ex-Yakuza mercenary, with quips quicker than a day one patch (I‘ve got to admit, those bookworms in the Narrative department actually did a good job) it’s your job to save the world from a disaster you’re also technically responsible for. By nearly plunging the world into a full-blown apocalypse, Lo Wang accidentally opens a multi-dimensional prison cell holding a humongous world-eating dragon. Now, finding himself in something of a prophetic predicament, and – more importantly – with his mojo lost, Lo Wang is forced to team up with his own nemesis, the ex-billionaire Orochi Zilla, and his newly enlisted ally Motoko, to set things right. However, the road to redemption is spiked not only with ultra-malevolent Yokai demons but also with equally damning distrust between Lo Wang and his team of discount heroes (hey, this actually sounds pretty good! Those eggheads can write!).

Ok, I’m back. So after speaking further with the Narrative team, I found out that in order to defeat this badass dragon, I have to awaken a power trapped in an Ancient Artifact. Although all the Ancients were devoured by the dragon during the apocalyptic event, there’s one last item that can still be used to pierce through the dragon’s impenetrable scale – Hoji’s mask, an heirloom of my late and only friend! Crazy, right?! To awaken that power, I need help from Motoko, the last remaining sorceress of the Kumo Brotherhood, an organization so secret no one knows what they do, why they exist, or where they keep their clubhouse (kinda like the biz dev team – am I right!?!). And that raccoon? It’s a Tanuki – a representation of Motoko’s power, a guardian spirit. Cute as it is, it fights like a demon, smells like a trashcan, and will eat pretty much anything. And as I’m reading the notes from the Narration team, it all makes sense now. I thought that the raccoon was just a genius marketing trick – his demographic likeability tests went through the roof! He actually has a purpose in the story, and I have to catch him, fast!

That’s all for now, but thank you Xbox fans for reading my first ever blog post. It seems that both you and me, well, we both learned something new about the game itself. And that’s what Shadow Warrior 3 is all about – being better, more educated human beings. No! Wait! Actually, I’ve just been informed that that’s not true – it’s about slaying demons in the coolest way possible while flinging awesome one-liners and making things go boom. And you know what, that’s pretty cool too. Shadow Warrior 3 is coming to Xbox One and Xbox Series X|S on March 1, but it’s available to pre-order today! We’ll see you there! 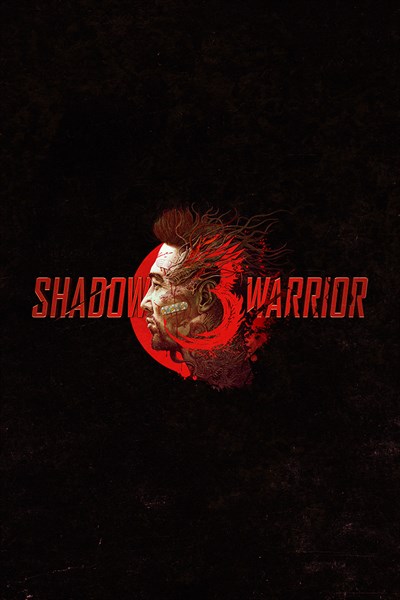 Shadow Warrior 3 launches the offbeat first-person shooter series to the next level with a seamless blend of fast-paced gunplay, razor-sharp melee combat, and a spectacular free-running movement system.

Fallen corporate shogun Lo Wang and his former employer turned nemesis turned sidekick Orochi Zilla embark on an improbable mission to recapture an ancient dragon they unwillingly unleashed from its eternal prison. Armed with a punishing mix of blades and bullets, Lo Wang must traverse uncharted parts of the world to track down the dark beast and push the apocalypse back yet again. All it will take is the mask of a dead god, a dragon’s egg, a touch of magic, and enough firepower to hold off the impending cataclysm.

– Conduct a symphony of death with each encounter by mixing overwhelming firepower with devastatingly precise katana strikes as you dash in and around the demonic hordes.

– Execute spectacular finishing moves to claim a piece of your conquered foe and unleash its powers back on the horde in a burst of unstoppable fury and powerful magic.

– Each environment is lined with hazardous structures and devices that can be activated to add another layer of creative choice to the offensive strategy.

– Trek across a mythic Asian land infused with the magic and technology of ancient samurai, now overrun by the demonic yokai from Japanese folklore.

– Brace for expertly delivered one-liners from Lo Wang, pointed banter with Zilla, and an intense thrill-ride of absurd predicaments on the way to turning doomsday into a new day.