It’s rather hard to believe, but this July will mark the 10-year anniversary of the initial launch of Rune Factory 4 for the 3DS. Since then, the farm sim genre arguably hasn’t seen much innovation or notable movement, other than the release of a certain indie gem that hardly needs any introduction. Still, it’s nice to see that Rune Factory stuck around and wasn’t another casualty that came with the death of dedicated Nintendo handhelds; we’re happy to report that, so far, this new entry seems like it’ll be every bit as enjoyable as we could’ve hope. On the other hand, Rune Factory 5 also doesn’t feel like a very new game, which is to say that it doesn’t appear like it’ll shake up the genre or series at all.

Rune Factory 5 — which launched in Japan in May 2021 — picks up in the expected way, with your self-insert protagonist arriving in town having no memory of their past beyond their name. In the hopes that you’ll eventually recover, the town’s locals take you in and welcome you into the community, but not without first press-ganging you into joining SEED. SEED is a military unit that handles security around town, and it seems that they’re a little short-staffed upon your arrival.

For those of you that aren’t familiar with the series, Rune Factory 5 is a farm sim game that ultimately lets you do a lot more RPG-esque stuff than the typical farm sim. For the farm side of gameplay, it has all the features you’d expect and then some. Day after day, you have to ensure that your fields stay properly hoed, watered, and clear of any weeds or rocks. You plant various kinds of crops according to the season and then you can either sell off the product or keep some for yourself to bake into various dishes.

One interesting feature that’s returning here is the idea of Soil Levels. The ground itself can be leveled up over time depending on what you plant there and how frequently you do so, with higher levels leading to faster growth cycles and higher level products. We haven’t had too much time to engage deeply with this mechanic, but it seems like it’ll add a welcome extra layer of strategy and depth to the typical cycle of plant-maintain-harvest.

The farming aspect only makes up a little less than half the gameplay, however, with the remainder being filled with more traditional RPG exploits. There are dungeons and regions to explore that are packed with enemies to fight and treasures to seek, and virtually everything you do will build up some obscure stat that bolsters an aspect of your character while raising their overall energy and health. For example, you level up your Walking stat by — surprise! — literally just walking. Waking up in the morning will occasionally boost up your Sleeping stat because you successfully slept.

A lot of these additional stats only seem to exist to add yet another avenue for boosting your health and energy pools, but it’s still nice to have so many ways to build up your character. Hardly an in-game day will go by without you leveling up a handful of stats just for going about the basic daily goals you had set, and that constant feeling of forward progress really gets its hooks in early. 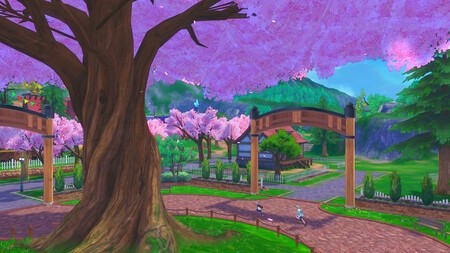 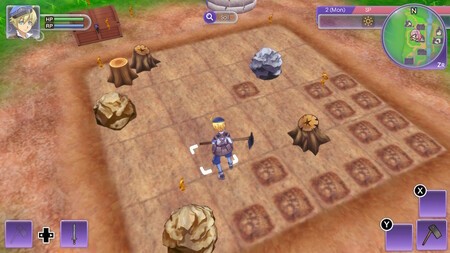 When you’re out exploring dungeons and come across enemies, combat plays out in typical hack ‘n’ slash fashion, with you having myriad weapons and magic spells available to dispose of your enemies. As you fight with your favorite weapon, you’ll level up its specific stat which will then open up more complex and powerful moves for you to unleash on your opponents. Dropped and mined materials can then be brought back with you into town where you can use them to forge new weapons and armor that enable you to safely delve deeper into enemy territory. Sure, the combat system is no Devil May Cry, but it remains consistently satisfying, especially on the more mechanically complex bosses.

So, everything up to this point seems to be in order, but one thing that we noticed was especially poor is the overall presentation. Rune Factory 5 looks like an early PS3 game, and we’re not being hyperbolic. Environments are simple, flat, and rife with jagged and chunky edges. Textures are muddy, grainy, and overall of disappointingly low quality. The town itself, evidently supposed to be a bustling and lively place, feels like it’s in the peak of the COVID-19 pandemic as you can run from end to end and only encounter one or two other people.

Visually, this non-final version of Rune Factory 5 looks underwhelming, then, and this is all made worse by the frankly rough performance of this preview build whether you’re playing in docked or handheld. Loading screens are fortunately quite short, but entering into any new building or locale is usually met with a harsh double digit FPS drop as the engine begs you to give it a moment to catch its breath. Even after that initial hitch in a new area, the frame rate scarcely ever comes close to hitting its 30FPS target as it oscillates wildly even when there isn’t that much activity happening on screen. Of course there’s a Day One patch in the works that promises fixes — we certainly hope this area can be improved prior to launch.

All told, Rune Factory 5 is shaping up to be a satisfying entry in the genre, but perhaps not one that validates the near-decade-long wait. Mechanically speaking, this very much feels like Rune Factory 4 with a fancier camera and somewhat better graphics. This isn’t necessarily a bad thing, but so far it feels like more could have been done to take advantage of the extra horsepower of modern hardware to deliver an evolved experience.

Perhaps we’ll uncover more interesting and advanced improvements as we pour in more hours, but just be aware that in this Rune Factory 5 thus far feels like a very ‘safe’ sequel.