It’s always a fantastic day when we get to talk about people’s lovely LEGO Ideas sets, especially when they’re based on Nintendo things! We’ve seen attempts to get Zelda, Metroid, Animal Crossing, and even a Kirby set made — or sometimes even get enough votes to be considered by the strict LEGO jury — but we think today we have a set that has a good shot.

Martin-Philippe Tremblay sent us his LEGO Ideas creation, which resembles an Arwing from Star Fox. And it’s bloody beautiful if we do say so ourselves. Inspired to create this since the original game’s release on the SNES, the set features the Arwing Starfighter, a “Computer Diagnostic Bay”, a “Launching Ramp”, and a “Repair Buggy” that can be used as a crane and ladder. The Diagnostic Bay also has a set of lights that you can change to say whether the Arwing can launch or not.

Tremblay has based the launch ramp off of the way the Arwings fly off in Star Fox 64, and this one has door plates on its underside. The Arwing can also lock into the ramp to stop it from sliding away. And it comes with two cute little mini-figures of Fox McCloud and Falco Lombardi! Of course, Tremblay wants to see Slippy Toad and Peppy Hare there, too — and so would we, quite frankly! 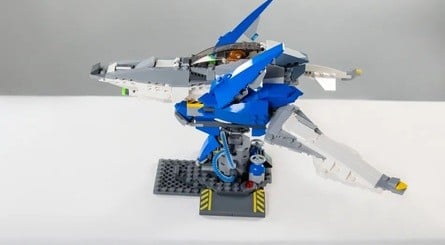 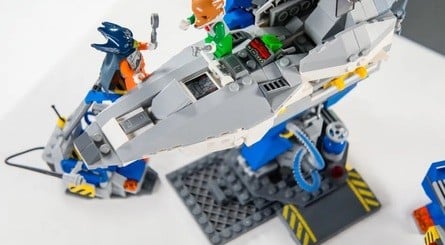 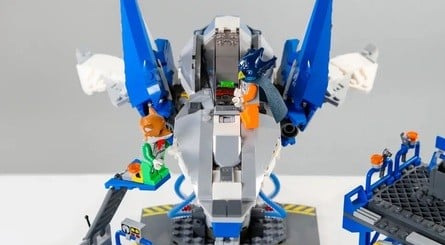 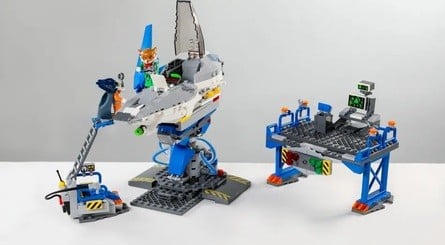 The set only needs around 100 more votes at the time of writing this, and you’ve got 40 days — but why wait? Head on over to the LEGO Ideas page and show your support. And hopefully, hopefully, LEGO will consider another Nintendo set, not just Mario or the NES.

Speaking of, Princess Peach is getting her own LEGO set, which includes Cat Peach and her castle. You can have a little look at that here:

Maybe you have your own LEGO Ideas… ideas? Share them with us down below, Nintendo or otherwise!