Did you know Kirby’s 30th birthday is coming up soon? The pink puffball’s 30th anniversary is on 27th April, which is when Kirby’s Dream Land first came out in Japan in 1992. He wasn’t pink here then, due to a misunderstanding and the Game Boy’s lack of colour, but we know the truth, Nintendo.

There are already a lot of celebrations planned for Kirby following the release of his first 3D adventure Kirby and the Forgotten Land, including a concert this August. Still, we’ve got the best kind of celebration to talk about today: giant plushies.

You can try and convince us all you like, but oversized plushies are the best kind of merchandise. They’re large, in charge, and always there to squeeze if you’ve had a good or a bad day. And look at this ginormous classic Kirby, made in the style of his 1992 debut, with black eyes, black stripes for cheeks, and more-pointed hands and feet.

He’s huggable. He’s friend-sized. He’s beautiful. He’s perfect. And you can remove the Star Rod, which has a mini modern-day Kirby on top! We could go on forever, but instead, let’s just take a moment to marvel at him. 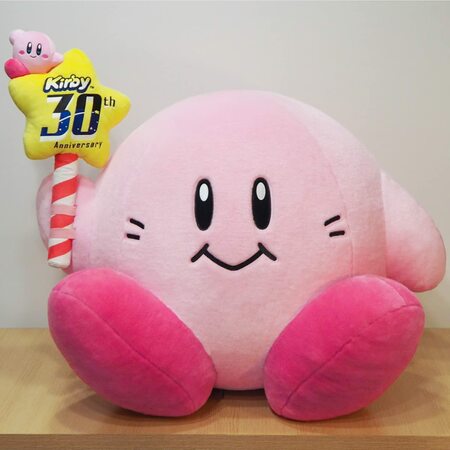 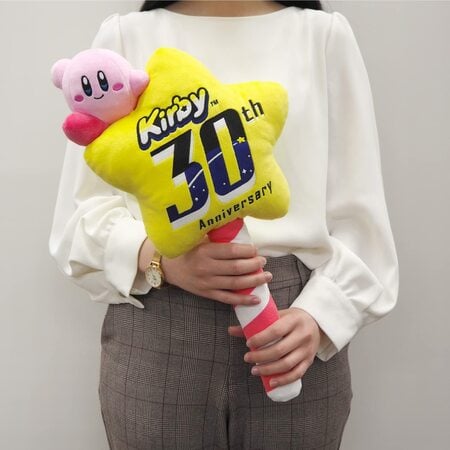 Pre-orders opened today for this big boy, which you can get from the Japanese toy store Yamashiroya, along with a whole host of other Kirby anniversary goodies. If that’s not an option, you can also pre-order him from Amazon Japan, though at the time of writing this, he’s out of stock here. That’s not fair! Luckily, you can also grab one from Meccha Japan. This huge Kirby costs ¥33,000, which is around $260. Cripes! Worth it though, right?

Do you have any adorable Kirby merchandise? Will you be trying to get hold of this supersized plush? Let us know.