Publisher Happy Juice Games has announced the upcoming launch of a brand new point-and-click game for Switch: Lost in Play. It’s an homage to Saturday morning cartoons that looks to deliver a feel-good adventure that will make players nostalgic for their childhood. It’s described as a cross between Alice in Wonderland, Monkey Island, and Hey Arnold!, so if you’re a fan of the classic Nickelodeon cartoon, this might be one to keep an eye on.

In an effort to make the game as inclusive as possible, the developer has opted to exclude spoken words, instead using actions and visuals to communicate instructions to the player along with the narrative. The game will launch on Switch this Summer for $19.99/€17.99/£15.49.

Here’s some info on the game directly from the publisher:

Rekindle the past and relive your childhood; a time when every pathway was your playground, and adventure lay around every corner, if only in your mind. Lost in Play is your ticket to times long gone – a living cartoon where imagination and a sense of curiosity are the tools of your trade. Get ready to take a step back in time on the road to wonder.

Features:
– A mysterious animated puzzle adventure with amazing, cartoon-style visuals.
– Magical and magnificent creatures throughout.
– No text or dialogue – everything is communicated visually in an endearingly universal way.
– Inspiration from TV shows such as Gravity Falls, Hilda, and Over the Garden Wall.
– Take part in a variety of uniquely creative activities; Play cards with goblins, create a dragon, and teach a sheep how to fly.
– More than 30 unique puzzles and mini-games. 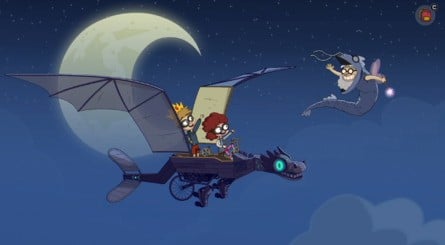 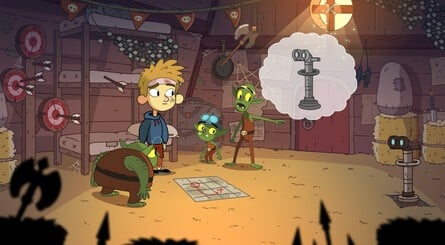 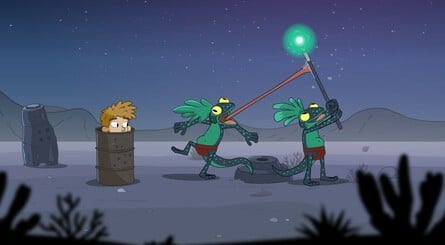 It definitely looks like a nice alternative while we wait for more news on Ron Gilbert’s Return to Monkey Island. Announced in April, the game has yet to be confirmed for release on the Switch. Its creator recently stated in a blog post that some of the fan reaction to the game’s new art style made him “sad”.

What do you think of Lost in Play? Are you ready for another point-and-click adventure on the Switch? let us know!