Given how many games arrive on Switch each week, we can surely be forgiven for missing the odd gem here and there. We’ve tried whenever possible in the past to retrospectively right this wrong, and today, we’re looking to shed a little light on Kharon’s Crypt – Even Death May Die, an utterly fantastic retro-style adventure that looks like a gothic, Dark Souls-inspired take on Zelda but has plenty of unique ideas of its own.

First up, those visuals. The team behind the game has clearly opted for a Game Boy Color look for this one; while we doubt a real GBC could achieve some of the fancier visual effects, it’s still brilliantly authentic. The Zelda vibe is clear to see, too – from the way the dungeons are rendered to the map screen and visually-similar inventory management, it really does feel like you’re playing a dark, sinister take on Nintendo’s famous series.

However, while Kharon’s Crypt borrows many gameplay elements from the 2D Zeldas, it offers plenty of new ideas. You assume the role of Kharon – a creature believed to be death incarnate – and you must escape your titular tomb, where you have been imprisoned by an ego-driven ruler who believes he can cheat death by keeping you under lock and key. 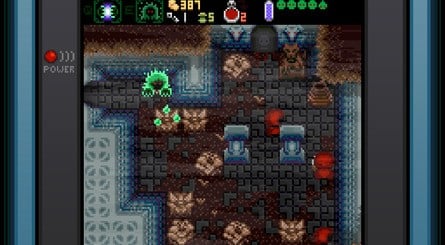 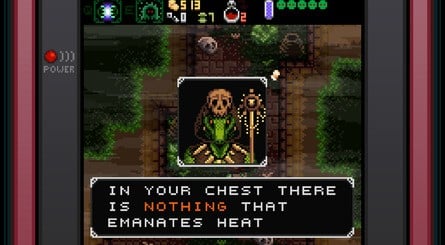 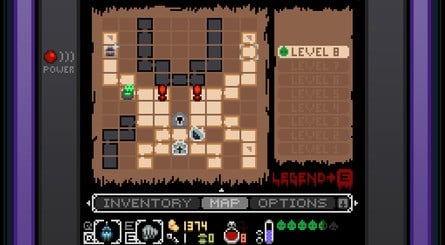 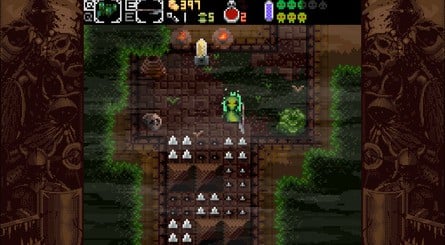 Kharon’s main form is that of a ghostly spirit, and you can predictably get up to all kinds of ghostly fun. However, if you really want to progress you’ll need to possess various fallen enemies. Skeletons, for example, have arms that can be used to interact with objects in the dungeons. You can also pick up weapons and items from enemies you slay. There are a bunch of Zelda-like puzzles to solve, too, such as moving around statues and using shafts of light to progress.

There are 11 boss fights in the game, as well as hundreds of collectables to find – including more than 100 pages that describe various items and expand on the lore. There’s plenty going on in what, at first glance, looks to be quite a simple game.