If you’re looking to find your true (virtual) love, then we might just have the thing for you. Birushana: Rising Flower of Genpei is the latest otome makings its way to Switch this summer. Read on if you’re a fan of pretty visuals, pretty boys, and a compelling narrative.

Idea Factory International’s upcoming visual novel is a bit of a crossover between Romeo & Juliet and Twelfth Night mixed in with some traditional visual novel tropes. You take on the role of Shanao, the youngest known surviving male heir to the Genji clan. Except Shanao isn’t a man; she was instead raised as a boy after her father’s murder. Shanao must choose between her duty to uphold her family name and overthrow the Heike clan and her own happiness.

Of course, as is common with the otome genre, that happiness is often tied to romance. Depending your choices as Shanao, you will go down one of five main routes which can result in a Happy or Tragic Ending. Look, we think your entire family being murdered is tragic enough, can we just give the girl some happiness? After completing any route, you could unlock an ‘If’ ending, which will give you a brand new route with a different character.

That’s enough from us, though. Let’s check out the game in more detail straight from Idea Factory’s press release:

About Birushana: Rising Flower of Genpei

Fifteen years after the Heiji Rebellion, the Heike clan has reached the height of its power, while the Genji clan remains devastated by defeat. Hidden deep within the mountains of Kurama lives Shanao, the youngest surviving male heir to the Genji name. However, Shanao harbors a deep secret known by very few.

The youngest heir to the Genji name is no man.

Torn between her duty to live up to the Genji family name and her desire to live a peaceful life, Shanao sets off to take down the Heike stronghold and finally bring peace in the country. Her adventure leads her to find new cherished relationships, as well as something deeper than the feud between the rivaling clans.

The Object of My Affection – Five potential routes will reveal different elements of Shanao’s story and relationships. Once you’ve decided on your route, maintain your Affection Level to get up close and personal with someone…

Testing My Abilities – Shanao possesses 3 Character Abilities: Strength, Knowledge, and Kindness. As you progress, Shanao will have to make pin-point decisions that will directly affect her abilities. The key is to find an equal balance for all 3 abilities. Too high or low of any ability can trigger a bad outcome!

Catch My Love – The Love Catch system allows players to gauge how their choices affect a character’s Affection Level and Shanao’s three Character Abilities of Strength, Knowledge, and Kindness in real-time. Keep a close tab on Affection and Character Ability levels to reach a true ending!

Take Another Stab – After completing a chapter, players can revisit it and manipulate the Affection Levels and Character Abilities. If you feel Shanao is headed down the wrong path, replay the chapter and get back on track!

There are a handful of ways to track your progress and your romance throughout Birushana, which makes checking the multiple routes and your affection with your every single bachelor simple! Let’s go over them! 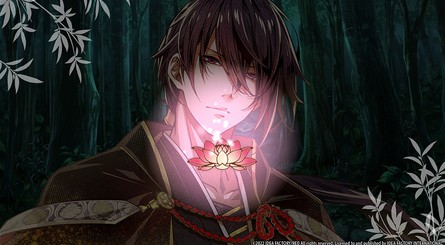 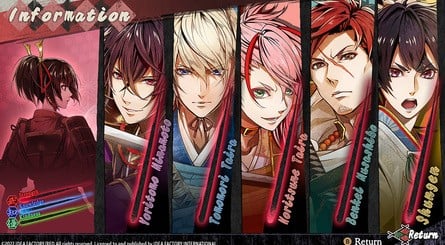 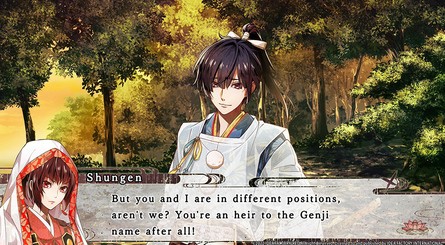 Well, it certainly sounds a little bit in-depth, doesn’t it! Love’s important, though, and Birushana: Rising Flower of Genpei looks like another solid visual novel in the Nintendo Switch’s ever-growing library.

You can also wishlist a Limited Edition of the game from Idea Factory’s store right now. This lovely collection launches on the same day as the digital release and contains a plethora of goodies.

And here’s everything you’ll get with the Limited Edition:

You can register your interest in this Limited Edition over on Idea Factory’s website right here. But if this doesn’t tickle your fancy, you can pre-order the Standard Edition for just $49.99 which comes with an exclusive trading card!

Birushana: Rising Flower of Genpei launches on Switch on 28th June in North America and 1st July in Europe. So get planning on what route you want to take first and who you want to date before then! You can check out more about the game, including some of the characters, over on the official website.

Let us know if you’re an otome fan who has been waiting for Birushana to receive a Western release!