Many of you will have already had a go at Nintendo Switch Sports through the recent online play test, but last week we were invited by Nintendo to experience the full fat version of the game without even having to be online. It’s been over 15 years since we first woke up with the dreaded Wii elbow after Wii Sports‘ enthusiastic reception, so we were eager to see how this new Switch entry in the series changes things up from the Wii U version, Wii Sports Club. Does it knock itself out of the park, or is it a bit deflated?

Let’s do things in the order we did them, starting with Volleyball, which frankly can get in the bin. The premise is unsurprisingly the same as volleyball in real life, but the execution is really boiled down and simplistic. You swing up with the Joy-Con to bump and jump, raise it above your head to block and set, swing down to spike, and that’s it. 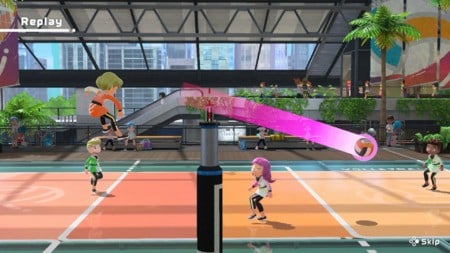 In truth you could simplify any of the Wii Sports-like games this way, but this one is so slow and repetitive as to be devoid of any kind of excitement. There’s almost no tactics as far as we could tell, it’s little more than a basic test of timing as all your movement and direction of attack are handled for you by the AI. The best word we can use to sum up Volleyball is simply boring, which is quite disappointing, but thankfully we have a few sports left to look at.

Badminton was our next affair, and in total contrast to Volleyball we had a grand old time with it. Being familiar with real life badminton ourselves, we found it weirdly close to the real thing, and our instincts telling us to physically move around the room despite such an act resulting in nothing but confusion is testament to that. 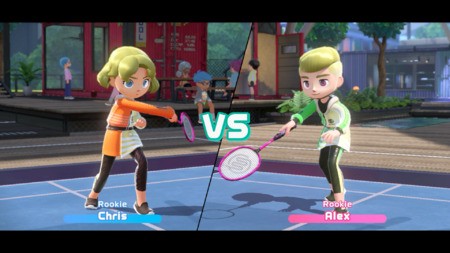 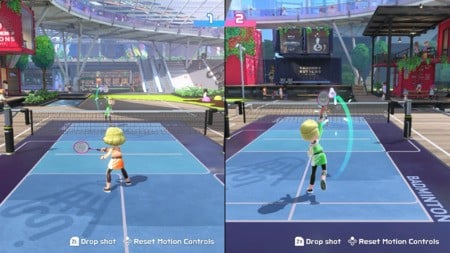 The best addition is the drop shot, an absolute staple in any good game of badminton, and it’s achieved by simply swinging whilst holding the ‘ZL’ or ‘ZR’ button. It’s an obvious but elegant solution, and results in a fast, engaging and genuinely thrilling little virtual sport. Part of this enjoyment was allowing ourselves to become absorbed by what was happening, but the fact that that happened at all is really impressive.

Bowling is another (unsurprising) triumph; if you’ve played the Bowling in Clubhouse Games: 51 Worldwide Classics, you’ll have played this already on Switch — but considering it was pretty much perfect before, that’s no bad thing. Compared to Wii Sports there’s a notable increase in precision required, meaning that the game is more challenging and also more satisfying to play. Top marks.

Chambara was another standout for its simple but fast-paced action. We had a go with the charge sword because we had to be different, and the combination of blocking, striking, and reading your opponent was genuinely gripping from start to finish. We’re definitely keen to get our hands on the Twin Swords so we can go all General Grievous-with-two-hands-tied-behind-him on everyone online. 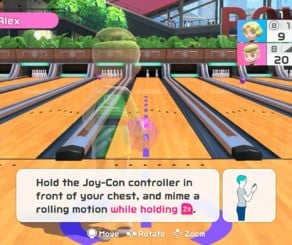 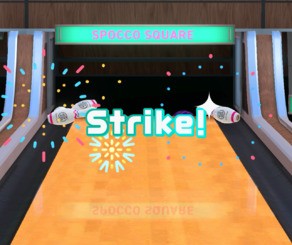 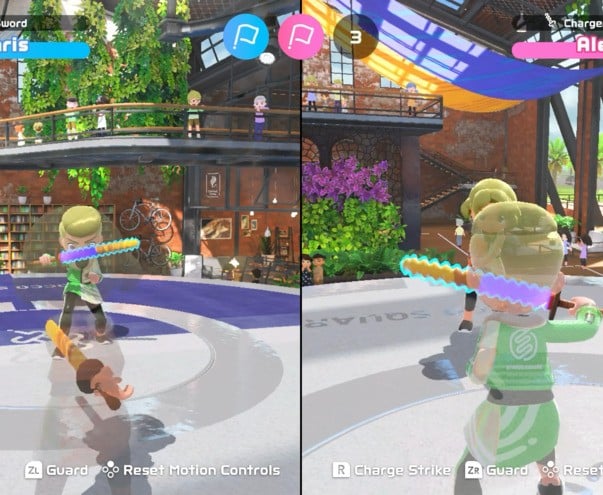 Football was more of a mixed experience overall. It’s undoubtedly the most complex and involving of the sports on offer — which is to its favour — but it’s also surprisingly slow. There’s eight players on the pitch at any one time, and as is customary according to real-world physics, only one can be reasonably in control of the ball at one time. This results in a lot of waiting around (or everyone mindlessly chasing towards the ball at once, like four-year-olds playing a Saturday morning match) which didn’t really feel all that satisfying.

What was satisfying was when we actually scored some goals. The slow pace definitely helps to make each goal feel substantial, and the Rocket League-like giant ball means every player can’t help but see what a substantial header you performed forcing the sphere into that goal-hole. We’re definitely looking forward to playing it some more to see if there’s more underneath what we’ve currently seen.

We also had a punt (football joke) at the Penalty Shootout Mode, which whilst very basic was a decent chunk of fun. The leg strap makes it, of course, and we can see this being a jolly good laugh with a bunch of friends taking turns trying not to kick their drink over. 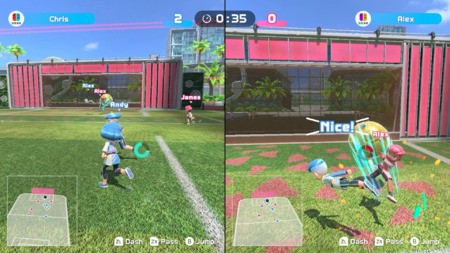 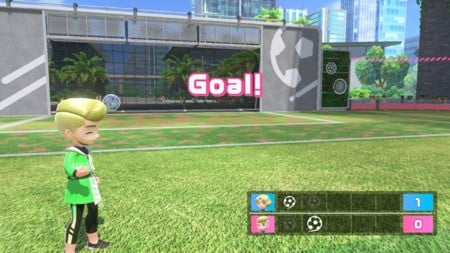 And lastly, Tennis. What a shame.

Wii Sports’ Tennis was very basic in its premise, but it was breaking new ground. Mario Tennis Aces’ motion-controlled mode swept that idea into a much more complex and technical form with the various shots and tactics that come from that. Switch Sports’ Tennis takes the timing element (early shots go one way, late shots the opposite) from Aces but left everything else behind. It’s also always a doubles game, and if you’re playing solo you control both players at once.

Your character moves automatically to the perfect location, you swing, the enemy players to the same, rinse and repeat. We don’t quite know why Badminton resonated with us so when Tennis didn’t, but we can’t deny that the whole thing was a little bit disappointing. We didn’t feel in control, and having both players react identically to our swings just felt wrong. It was the same in Wii Sports, of course, but that was nearly 16 years ago. 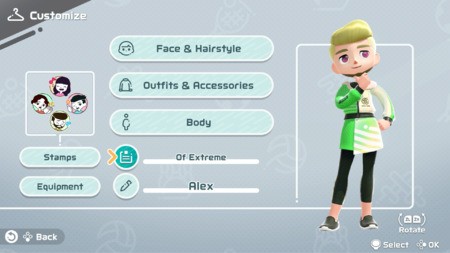 All in all our preview time with Nintendo Switch Sports was a mixed bag; great highs but disappointing lows. Some of these disappointments may well iron themselves out or melt away once we get our hands on the full thing, but to find out about that you’ll have to keep an eye open for our full review.