Revita has been ticking along in Early Access for just over a year, and it’s certainly brought about a bit of buzz among roguelite fans. Developed by one person — BenStar — this azure-tinged twin-stick shooter with a “heart-sacrificing story” will be leaving Early Access and coming to Switch on 21st April! Better still, it’ll only set you back $16.99 / €16.99 / £13.49.

Published by Dear Villagers (responsible for bringing Edge of Eternity and The Forgotten City to consoles), you control an amnesiac boy who must climb his way up an imposing Clocktower. Every room in the game, as is the course for roguelites, is procedurally generated, meaning no two runs will ever be the same.

Challenging boss fights and upgrades galore await the nameless child as he works overtime to try and climb the tower over and over again. Here’s just a handful of things from the official blurb you can expect to find in Revita that will help make time fly:

– Trade life for power: Exchange health for power in fast-paced glass cannon gameplay
– Unique runs: Battle through an almost infinite variety of combat encounters in procedurally generated rooms
– Endless character builds: Twin stick shooting, dashing and wall sliding are just the beginning – find power-ups and items on each run
– Tweak your game: An extensive set of options lets you tweak Revita to your playstyle – slow down time, set an outline colour for enemies to make them easier to track, or choose the level of aim assist that feels right for you
– Arm yourself with multiple weapons: Use a variety of guns! Arm yourself with a laser gun, charge gun, machine gun, shotgun, or rocket launcher.
– A mysterious world: Explore an underground subway line infested with monsters and filled with colourful characters who will help you on your journey.
– Reclaim lost memories: A nameless child with no memories awakens in a mysterious Clocktower that is connected by a metro system with only a vague sense of purpose, hoping to find answers at the top.
– HATS!: Many, many hats. All the hats, really – to cover all heads and all styles!

Well, that last point has us sold already. Who needs entire costumes when you can collect and wear a number of different hats? So try not to get ticked off and enjoy your time as you decorate your character with some fabulous headgear (and climb that tower too). Also worth noting is that Revita will be playable in a number of different languages — English, French, German, Spanish, Latin American Spanish, and Simplified Chinese. Here are some more screens if you don’t fancy watching the trailer above for whatever reason: 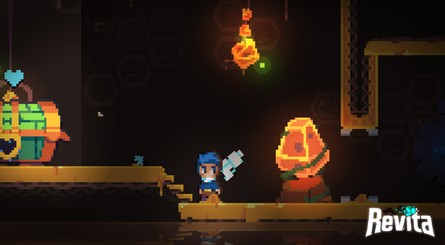 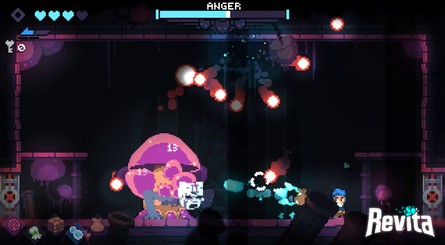 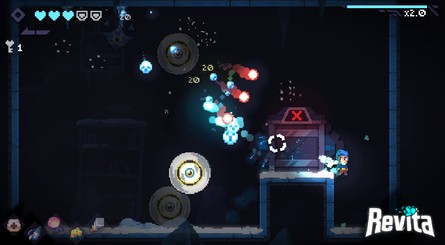 BenStar has this to say in the official PR about the game’s full release next month:

“Revita has been a passion project of mine for over five years now, as it combines twitchy arcade-inspired combat with roguelike mechanics and risky decision making, as you decide what is and isn’t worth trading your HP for. We’ve received loads of useful feedback from players on Steam Early Access, and we think fans and newcomers alike will be delighted by all the content we’ve crammed into the full game. There will be surprises at every turn!”

Will you be picking up Revita on 21st April? Let us know in the comments!