What is a dungeon crawler from a top-down perspective? Something like The Legend of Zelda: A Link to the Past, but with grid-based movement! Christoph Minnameier hopes to deliver on this promise of a modern-day dungeon crawler with Dungeons of Dreadrock, inspired by classics like Dungeon Master, Eye of the Beholder, and modern favourite Legend of Grimrock. And we won’t have to wait long to delve into this dungeon, as the game launches on Switch on 12th May.

Dungeons of Dreadrock sees you travel through 100 bespoke levels within Dreadrock Mountain to save your brother from being sacrificed. You’ll find Zelda-esque puzzles within each level, and the little guy you play as even has a green hood! 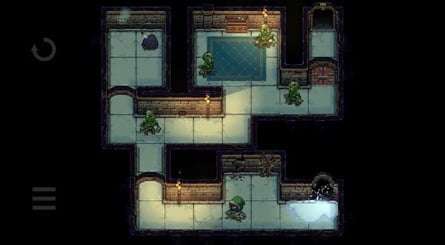 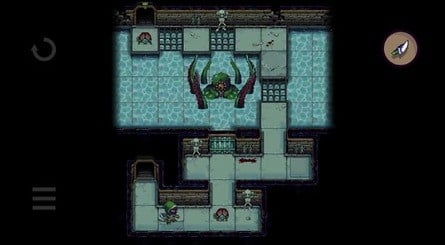 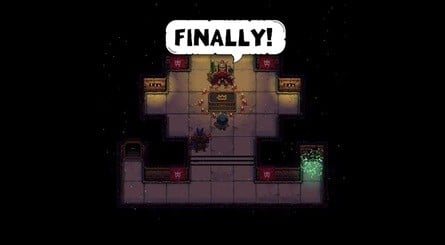 The focus on these handcrafted levels is key, as the developer has some strong opinions on procedurally-generated dungeons and roguelikes! And hey, there are a lot of those on the Switch already, so we welcome some brand-new experiences! It’s perfect for the Switch, too, as you can simply pick up and play the game in short sessions. It makes the dungeon crawling genre a little bit more accessible.

We’ve grabbed details on the game from its Steam page, where user reviews sit at 100% positive:

“Dungeons of Dreadrock is an adventure game that includes action, exploration and fighting but mainly focuses on puzzles.

“Every year, a young boy is chosen to defeat the King of the Mountain.” – only this time, it’s your brother. After accompanying him to the Dead King’s Gate and letting him enter on his own as advised… Well let’s just say things go different from there than the Village Elders expected.

In order to reach the Dead King’s crypt to save your brother from being sacrificed you’ll need to solve puzzles, evade traps and fight a bunch of enemies. There are scrolls to decipher, levers to pull, floor plates to step on, fireballs to evade, doors to smash or to unlock, and a whole lot of enemies to kill. But while Zombies or Dread Beetles are easy prey, a lot of other creatures from Ogres to Dark Elves, Minotaurs and Dragons will require more than just brute force to be overcome.

Dungeons of Dreadrock basically takes the idea of old-school first-person grid-based real-time Dungeon Crawlers (like Dungeon Master, Eye of the Beholder or Legend of Grimrock) and shifts the perspective to top-down. But what seems like a little twist results in a whole new (yet somewhat familiar) experience that was designed to be accessible for old-school gamers and casual gamers alike.”

Dungeons of Dreadrock is already reviewing extremely well on PC, iOS, and Android, and the bite-sized pick-up-and-play nature of the game means it’s ideal for playing handheld.

Will you be picking up the game on Switch come 12th May? Let us know in the comments.