Square Enix is bringing Chocobo GP to Switch soon — on 10th March to be precise — and Nintendo UK’s Twitter account has posted a trailer showcasing a quartet of tracks based on locations from four different Final Fantasy titles.

Just a few of the locations from the FINAL FANTASY series hosting circuits in #ChocoboGP! pic.twitter.com/TM8BHEnL9W— Nintendo UK (@NintendoUK) February 23, 2022

Yes, as noted by our friends over at Eurogamer, Gold Saucer — the roller coaster-filled theme park and tourist attraction from FFVII — bears more than a passing resemblance to Mario Kart favourite and famous finale circuit Rainbow Road. Compare the two tracks in the images below: 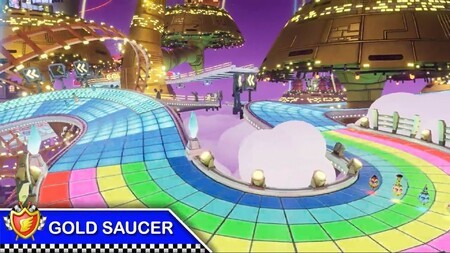 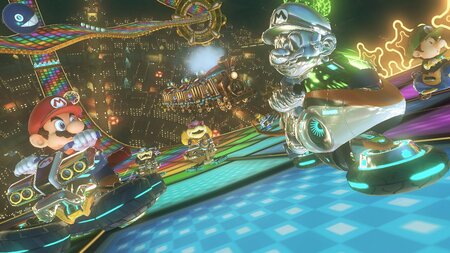 In fact, we see echoes of various Mario Kart courses in the short video, although the spectrum of colours across Gold Saucer’s circuit certainly sticks out as being ‘inspired by’, even if it’s true to its FF source. Love it or hate it, Rainbow Road and its treacherous multicolour highway suspended in a vast expanse certainly sticks in your mind — and it appears it might have lodged itself in Squeenix’s brainbox while crafting tracks for Chocobos.

Not just for Chocobos, of course. Square Enix has previously revealed much of the racing roster, and we have to say that Chocobo GP looks to be shaping up to be a credible rival for Mario in the Switch kart racing… er, race.

We’ll find out soon if it’s in with a shot at the podium or whether Mario Kart 8 Deluxe and its incoming DLC courses will leave this one in the dust.

Let us know below if you think the Gold Saucer/Rainbow Road similarity is uncanny or pure coincidence.