10 years ago today, Fire Emblem: Awakening was released on the 3DS in Japan. At the time the series had a core and devoted audience, but it had struggled to make a meaningful sales breakthrough outside of Japan. There was no doubting the development and storytelling talent of developer Intelligent Systems, though, and the background of the game’s creation is now well known and repeated regularly. It was to be a final push for the series, with presentation, budget and an eventual global release on 3DS — if it struggled, like multiple predecessors had, the series may have died right there.

Instead something rather lovely happened. Along with a slowly reviving 3DS platform, the game found its feet in the West, even if the 3D characters in the game didn’t have feet. We could all overlook that oddity, though, as the game captured imaginations and made it a must-have on the portable. This, remember, is after the West had to wait for it — it’s the 10-year anniversary in Japan, but the 9–year anniversary in Europe (it arrived in North America a couple of months before EU). It was still a slightly scruffy and staggered global release, something that is now a rarity with first-party games, but that didn’t prevent its success.

The sales success of Awakening — comfortably passing 2 million copies — meant that an IP most only knew about from Super Smash Bros. was now integral to the 3DS generation. Nintendo and Intelligent Systems saw a gap in the market (and the big N’s library) and went all in; the enormous Fire Emblem Fates followed, along with intriguing remake Fire Emblem Echoes: Shadows of Valentia, which saw the return of 8-4, the company behind Awakening’s excellent localisation.

The series is going strong on Switch, too, with Fire Emblem: Three Houses being the best-selling entry in the series, and soon we’ll have had two Warriors games, with Fire Emblem Warriors soon to be accompanied by the upcoming Three Hopes.

To celebrate the arrival and eventual success of Fire Emblem Awakening, a few of the team have taken a look back at this 3DS cart slot staple…

I was, like many 3DS owners, new to the Fire Emblem series. I knew the name, and that its characters were fantasy-types with cool swords, but that was mainly because of Smash Bros. It seemed like one of those important Nintendo IPs in terms of the company’s history, and I knew of Intelligent Systems for its reputation of tactical excellence. Yet aside from dabbling with Fire Emblem: The Sacred Stones as part of the 3DS ‘Ambassador Program’, it was largely a mystery to me.

I was all in on 3DS, though, and when Nintendo unveiled Awakening I was struck initially by its production values and storytelling. Looking back, I suspect that was vital in drawing in a larger audience for the game, beyond the diehards. The story sequences and stylish animation, the sweeping music and the fantastic character designs, they gave it an epic feel in a lot of the marketing. That’s all superficial in a sense, but it’s important — make people care about the setting and characters when it’s a ‘new’ IP to them, then they can be enraptured with the gameplay.

Importantly, the actual tactical / strategy gameplay was fantastic. I adore games like this, where you play at your own pace and try to outwit your foes, and allied with the grand storytelling it drew me in. Mixing up the classic pixel grid look with 3D battle animations — even without feet — was a brilliant move, especially for those of us that enjoyed having the 3D slider up.

With production values, storytelling and most importantly gameplay right out of the top bracket, I fell in love. It made me a series devotee, and funnily enough after suggesting to my mum that she might enjoy Fire Emblem: Three Houses on Switch, she is now also a huge fan of the series. That’s something Fire Emblem: Awakening kickstarted — it showed gamers of all ages and types that it’s a series that shouldn’t be missed on Nintendo hardware. Long may it continue, too.

Despite adoring RPGs, strategy RPGs have never really been my thing. Admittedly, though, I did accidentally fall in love with Fire Emblem shortly after Super Smash Bros. Melee came out. Like many, I’d never heard of this series before Marth and Roy made an appearance in the platform fighter. So when Fire Emblem came to GBA, marking the series’ Western debut, I snatched it up. And I adored it. Sacred Stones followed, and I liked that too, but I slipped off the series after that.

My accidental love affair for the anime-esque strategy RPG series came back with Awakening, though. I missed it upon launch, dismissing it because I was still wary of the SRPG gameplay; it was Lyn, Eliwood, and Hector who made me stick with what we now know as The Blazing Blade. But the new difficulty mode, the heavy focus on characters and relationships, and the sheer amount of praise the game was getting meant I couldn’t resist. I got to create my own avatar, ‘My Unit’, and I could interact with other characters on and off the field. Pair Up was such a cool new feature — similar to Rescue Command but without the drawbacks, two units could become one and boost each other’s stats to help enhance their strength or boost their defense. Doing this also boosts the characters’ relationship with each other, and many characters can even get into relationships, and these ‘supports’ can level up, making their Pair Up even better.

The support system was more than just stat boosts, and trying to optimise character romances so I could get the best child units became a little game with some paper and a pen. Except when it came to my “Robin.” I’m a bit of a sucker for certain anime tropes, and a lot of Awakening’s cast leans into many of these that you can often just boil down to a single sentence. Like Gaius’ candy addiction or Lon’qu’s potato-slicing. So I obviously married the potato-slicing myrmidon. That’s Travis Willingham’s voice, too! It’s probably not optimal, but they say you don’t choose who you fall in love with.

The more-accessible gameplay, the colourful characters, the incredible music, and those gut-wrenching story moments (Chapter 10?) made Awakening a winner for me. But I’ve, again, drifted away from the series. I’m regretful of that, given that Awakening has reignited the entire franchise. Maybe Three Houses or Shadows of Valentia will call to me one day. 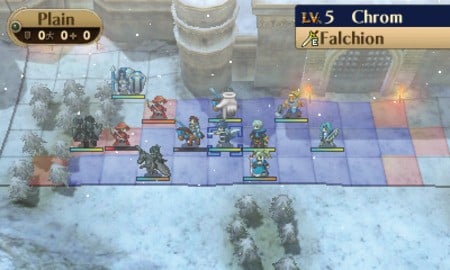 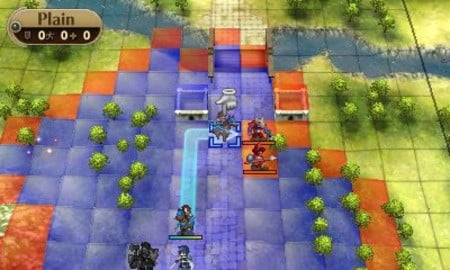 I’ve written before about the genius of Awakening — I chose it as my pick for Nintendo Game of the Decade back in the dim and distant mists of time (January 2020) — so I won’t waste time repeating myself about the exceptional writing, or the brilliantly subtle use of the 3D slider, or the loveable character roster, or any of the points Tom and Alana rightly brought up above.

There’s one thing I didn’t really touch on when I wrote about the game, though; it was my very retail game which I bought digitally. Before Awakening, the thought of not having the box and the manual (well, manuals had already been replaced by a pamphlet or two by then, so let’s just say extra bumph) along with the cartridge seemed unthinkable. My eagerness to not have to wait and visit a shop got the better of me, though, and it turned out to be a good move — I put over 100 hours into the game and not having a cart to lose down the back of the bus seat was a boon.

A couple of months later I’d buy Animal Crossing: New Leaf digitally and begin down a dangerous digital path which helps disguise a backlog so colossal and embarrassing it would put the London fatberg to shame. But it was Fire Emblem: Awakening that started me on the road to less physical clutter and more digital clutter. Thanks, Fire Emblem (I think).

In an odd coincidence, this morning I finally took possession of Shadows of Valentia, a game I’ve been wanting to pick up for years now which I ordered just a couple of weeks ago. With my memories of Awakening alive and well, it feels like a fitting tribute to soon return to the system that started my love for the series nearly a decade ago and begin a new battle.

Feel free to discuss below your memories of this most excellent game below.