Considering its instantly recognisable iconography, the Mesoamerican Aztec culture is one that has rarely featured in video games. We’ve seen games like Aztec: Empire, sure, but there are a lot more examples tied to periods like the Second World War, the American Revolution, and Ancient Rome, to name but a few. Developer Liezo clearly thought the Aztec culture could do with a bit more love, chucking the period’s architecture and general aesthetic right into the future with Aztech Forgotten Gods. It’s a game that, unfortunately, stumbles out the gate with poor, shallow gameplay, messy visuals, and one of the most frustratingly chaotic camera systems we’ve seen in a while.

The story of Aztech Forgotten Gods takes place in a futuristic city filled with typical Aztec architecture (albeit more shiny), where protagonist Achtli is called upon to take on a group of stone colossi known as the ‘Forgotten Gods’ that have been inadvertently awakened, intent on wreaking havoc. Thankfully, Achtli comes into possession of a powerful stone artifact that fuses itself onto her arm, creating a magical gauntlet that would make the likes of Ron Perlman green with envy. The structure of the game is a loose take on Shadow of the Colossus, with Achtli’s primary goal to travel to specific areas of the map and vanquish the Forgotten Gods one by one. 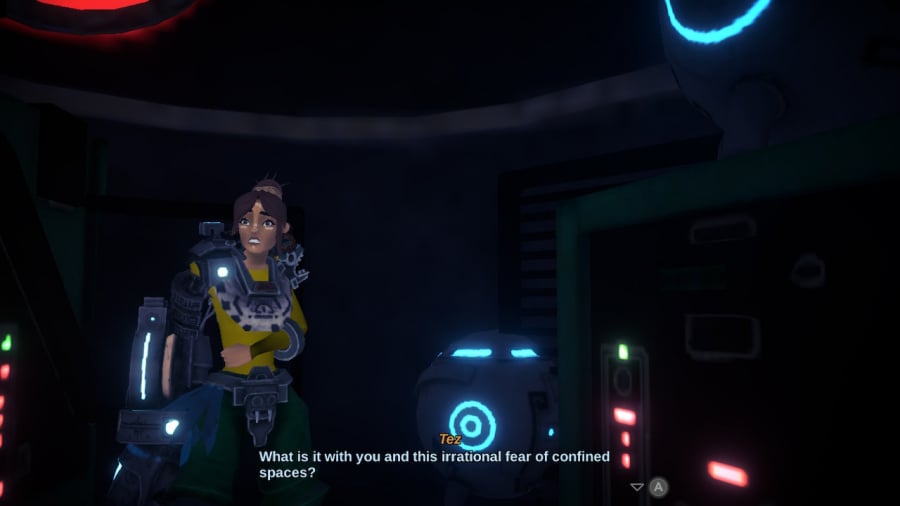 Unlike Shadow of the Colossus, however, Aztech: Forgotten Gods features a small cast of characters that assist Achtli in her quest. Chiefly, her mother Nantsin crops up frequently during the game’s story, providing context (and often heaps of exposition) to the peril that engulfs the city. We would’ve liked the game to feature full voice acting, but instead each character is completely silent save for a short grunt or coo that precedes each line of dialogue. Regardless, it’s nice to at least have a few faces to chat with, even if the frequency of their appearances gets a bit frustrating.

The city itself is surprisingly vast with a decent bit of visual variety, including dense urban settlements, rural landscapes, and even a volcanic mountain. The problem, however, is that despite the clear effort that’s gone into making the city aesthetically appealing, this is an environment that is all style and no substance. There are very few NPCs roaming the land and chances are you won’t run into a single one as you move from one area to the next, so the city feels completely lifeless as a result. Even clusters of enemies are clearly marked out on the map, so there’s never an opportunity to stumble into an encounter on the fly. It makes for an experience that feels pretty stale on the whole, a problem exacerbated when the game makes you fly from one end of the map to the other on multiple occasions. 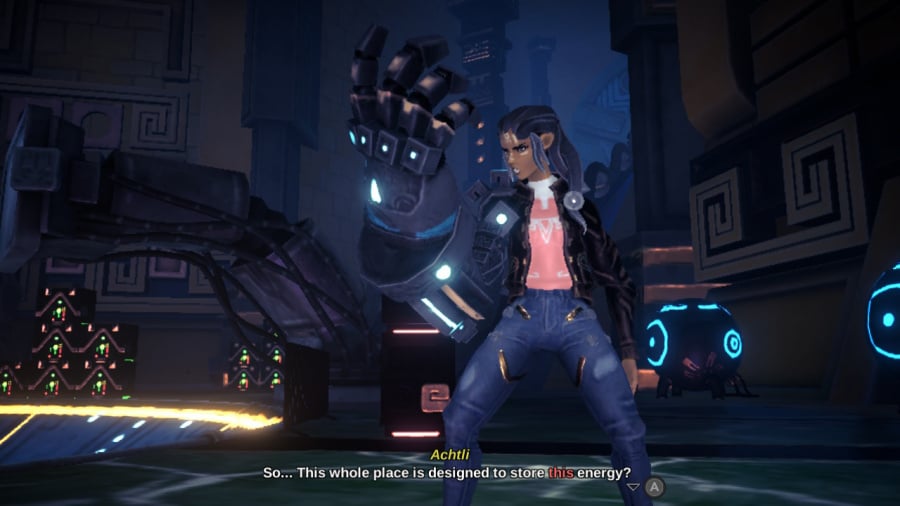 As for the combat itself, you’ll find yourself pitted against two main types of enemies: standard foes that float around in groups, and of course the larger-than-life Forgotten Gods. Utilising the stone gauntlet, you can unleash basic attacks and link them into combos, with a handy button prompt appearing at the opportune time for you to continue your attack. Holding down ‘ZR’ lets you charge up a more powerful blow, which is perfect for the boss battles and for knocking down large obstacles.

Unfortunately, the combat fails to engage in any meaningful way. Mashing the attack button for smaller enemies becomes tiresome after a while, and from our experience, keeping in time with the on-screen button prompts didn’t appear to make a great deal of difference. Fighting against the Forgotten Gods is a touch more interesting, as you’ll need to examine their structure along with the environment around you to exploit their weaknesses. Once you’ve done so, however, it’s simply a case of going right back to button mashing to slowly chip away at their health.

All of this is made worse by a camera system that simply refuses to behave; whether you’re locking onto an enemy or using the free-cam, the view will often be obscured by objects or platforms within the environment. On some occasions, even the Forgotten Gods themselves will get in the way of the action, making for a battle that quickly descends into chaos — and not in a good way. Ironically, in what we suspect was an effort to make the game more accessible, Achtli will automatically zip across to an enemy’s location if you press the attack button within a certain radius; in doing so, however, the camera just can’t keep up with the action, and the entire spectacle quickly becomes a confusing mess. 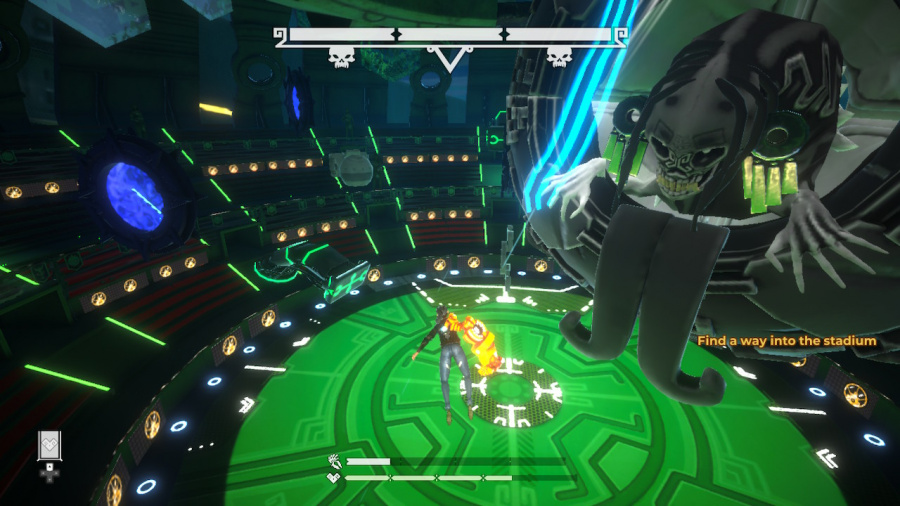 Outside of combat, you’ve got a few extra bits and bobs to keep you busy. Within the centre of the city, there are three shops that you can visit at any point. The most important one lets you upgrade your abilities upon collecting experience points, such as running speed, HP boosts, attack power, and more. The game handily makes visiting this shop a mandatory part of the story at various points, which is good if its existence happens to slips your mind. Otherwise, the other two shops are purely for changing up Achtli’s appearance, one being a hair salon and the other a clothing store. There aren’t a great deal of options available here, and it won’t take long until you’ve gained enough currency to buy out the entire store line-up, but the few items on offer are at least much better than Achtli’s ridiculous default getup.

With the visuals, we mentioned that the game is artistically pleasing, and we stick by this, but in terms of fidelity and detail, it falls way short of what players might expect in 2022. First of all, we highly recommend playing this game in docked mode if you can; the resolution boost here makes the visuals at least tolerable and things can actually look pretty nice on occasion. In handheld mode, however, the downgrade in visual quality is steep. Even slower gameplay moments look pretty ugly, but when you get into the fast-paced combat sections, it’s an absolute mess; we had a real difficult time making out what was going on half the time. On the flip side, pausing the game lets you access ‘Photo Mode’, which is surprisingly well-implemented and really highlights the strong artistic direction of the game.

Aztech Forgotten Gods had a lot of potential that is unfortunately wasted. On the plus side, the game is artistically pleasing, with well-designed enemies and a city that at least provides a nice bit of visual variety. In terms of gameplay, however, the whole thing is a bit of a mess, with poor combat mechanics and a daft camera causing way too much hassle than it’s worth. Minor distractions in the form of cosmetic customisation proves a nice little touch, but sadly Aztech: Forgotten Gods’ core gameplay is simply far below par, making this an action game you’ll probably want to sit out.