One of the Nintendo Switch’s biggest supporters from the begining has been Ubisoft. Games like Mario + Rabbids Kingdom Battle, Rayman Legends: Definitive Edition, and Starlink: Battle for Atlas show the developer’s commitment and how its partnership with Nintendo has blossomed over the years. However, it wasn’t until relatively recently that Ubisoft began to bring its premier open-world offerings to Switch — or its older ones, at least — with the likes of Assassin’s Creed 3 Remastered, Black Flag, Rogue, and (via a Japan-only Cloud version) Odyssey. Now, Assassin’s Creed: The Ezio Collection has finally been ported to Switch as well, allowing for some of the most highly regarded games in the series to be playable on the go for the first time. And they’re still great, despite showing their age.

For those new to the Assassin’s Creed series, some set-up. The games follow a battle between the Assassins, a peace-keeping organization, and the villainous Templars, who are trying to control and rule the world. This battle has taken place throughout the course of history, occurring for the most part in the shadows. Fast-forward to the modern era where the organization Abstergo, a front for the Templars, has developed a machine known as the Animus, which allows users to experience their ancestors’ memories. Utilizing a similar technology, the modern Assassins and Templars begin a hunt for ancient relics to help each side win the battle once and for all. 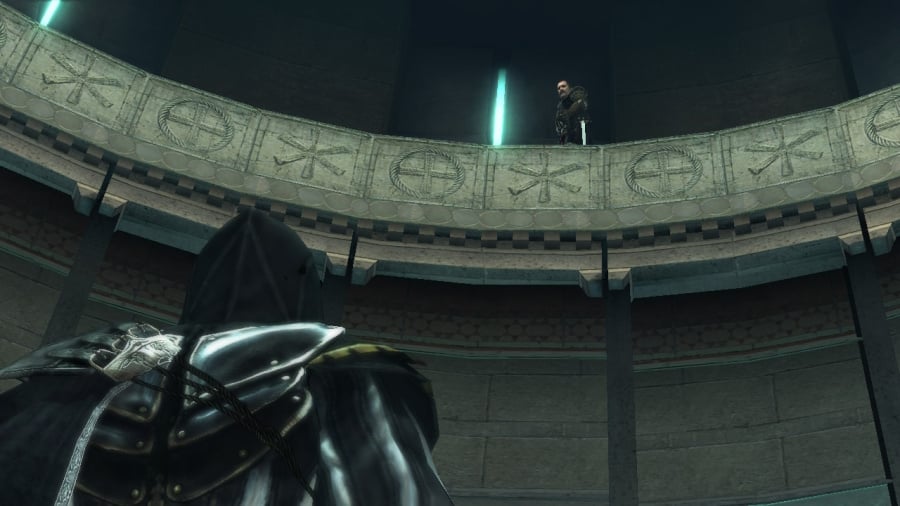 The elaborate setup, however, really only serves as an excuse to place the player character from the first games, Desmond, in the role of various titular Assassins throughout history. As the name of this collection suggests, here Desmond assumes the role of his ancestor, Ezio. Set during the Italian Renaissance period, Ezio is a wealthy nobleman living in Italy, working for his father. After the Templars betray his family, Ezio becomes an Assassin, setting out to avenge his loved ones and stop the Templars once and for all. This, for the most part, sums up the general plot of Assassin’s Creed 2. The other two games in the collection, Assassin’s Creed Brotherhood and Revelations, follow on directly, which makes it difficult to summarize without spoiling some narrative surprises. The trilogy as a whole has some incredibly odd and unbelievable twists and turns, but within context, having all three of Ezio’s main games in a single package goes a long way to create a cohesive story.

While the plot of the Assassin’s Creed games is definitely ‘there’, it’s the gameplay and presentation of historical ‘playgrounds’ to explore that entice most players. All three games are open-world, action-adventures with stealth elements attached. Games like The Legend of Zelda Breath of the Wild pulled inspiration from the open-world traversal pioneered in this series. Climbing up walls and buildings and towers, for example, is an amazing feeling, as it turns what would conventionally be an obstacle into a new way to explore your surroundings. It won’t be long until you completely change the way you view your environment as cities become large jungle gyms for you to clamber over and explore. And once you get your assassination equipment, there is no better feeling than jumping off a building and killing the enemy in one attack they never saw coming. 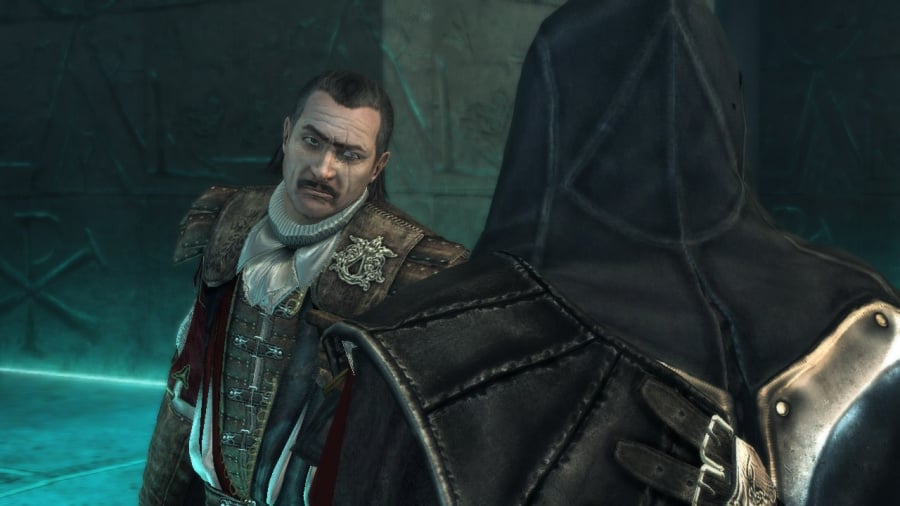 The gameplay structure is exactly what you’d expect from a modern open-world game — at least the 2009 vintage of the genre. There’s a series of main story quests Ezio follows as he explores plenty of large environments. Along the way, he’ll find side quests, treasure chests, and collectibles aplenty, which all serves to improve Ezio’s capabilities as an assassin. Whether it be upgrading your armor or purchasing new weapons, everything optional you do results in tangible benefits. It is a shame then that the combat isn’t equally as developed as it could be. For the most part, Ezio only has a single attack button, with a block and a counter maneuver. There’s no real technique here outside of button mashing and waiting. If you’re doing your best to stealthily assassinate targets, this becomes less of an issue, but the combat lacks depth across all three games.

Going back to these earlier entries, it can be a little difficult to get accustomed to a less refined version of mechanics and systems that have been refined over many years — these games do feel undeniably dated. While climbing is great fun, nothing is worse than falling down half a building due to an invisible wall the game made no indication was there. This extends to the physics, as sometimes bullets can hit you even through walls. Similarly, the presentation can be downright ugly at times. Models, especially human faces, look incredibly poor, even for the era the games were originally released in. These issues do slightly improve as you progress through to the later entries, but at times, The Ezio Collection can feel archaic. 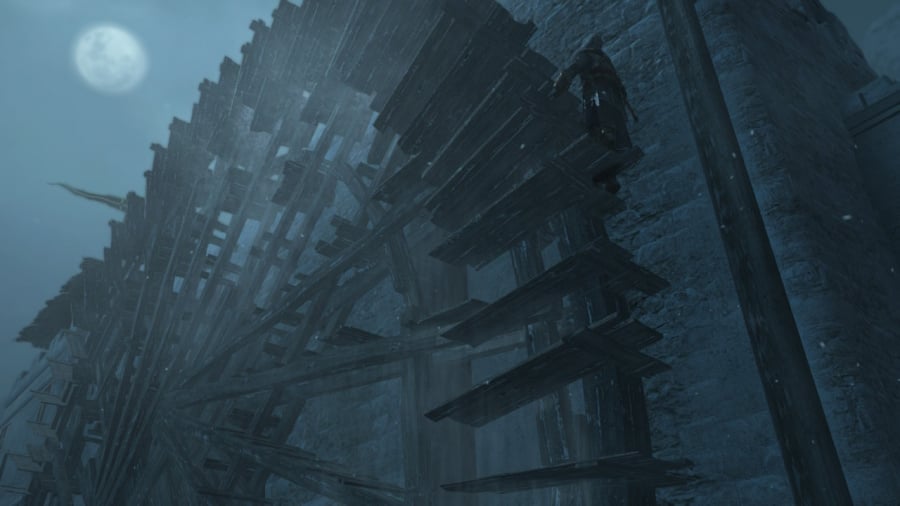 What doesn’t improve across the games, however, is stability. There were various glitches, bugs, and even soft locks during our time with the Switch version that required the game to be rebooted, especially in Brotherhood. While there are plenty of checkpoints and auto saves to help alleviate some of the pain, nothing is a bigger pace breaker than having an NPC you’re supposed to follow get stuck, making a reset the only option.

The Ezio Collection also includes several bonuses outside the main game. All single-player DLC released previously is included, though some content is locked behind the Ubisoft Club program. It’s also worth noting that no multiplayer content from the original games are here, which is in line with how this collection was previously presented on other platforms, but still disappointing.

To help make up for it, perhaps, two short movies are included: Assassin’s Creed Lineage and Embers. While neat bonuses, there are bafflingly no playback controls to the videos, which means no pausing, fast-forwarding or rewinding. If, for instance, your Switch dims automatically after a few minutes and you press a button to wake it up, you may accidentally exit out of the video player. And because there’s no playback controls, you can’t fast-forward back to where you were, which means you have to re-watch the film from the start all over again. Very odd. 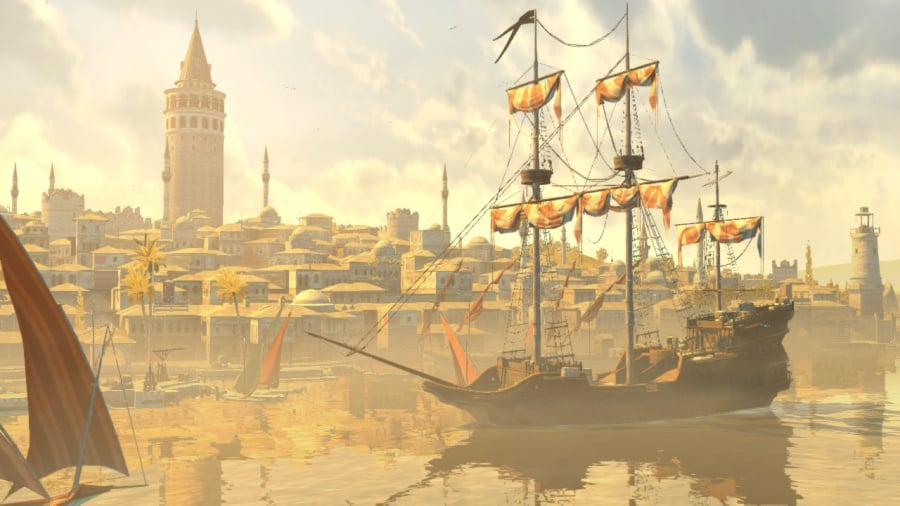 The Switch version also has a few exclusive features, in the form of touch controls in menus and a slightly larger HUD for portable play. While the latter is a nice addition, the touch controls sometimes broke menus, causing another instance of a full game reset. As such, you’re better off sticking to button controls — at least until there’s a patch to address hopefully these issues.

Assassin’s Creed: The Ezio Collection is a great compilation of some of the series’ most highly-regarded entries. Aside from some combat that lacks depth and a convoluted story, each of the three games included here are absolutely worthy of your time. There’s still plenty of fun to be had if this is your first set of Assassin’s Creed games, with the cities still managing to impress with their sense of scale and historical detail, but some of the dated gameplay elements and glitches may make other entries a better jumping off point. The Rebel Collection is a very fine alternative if you want slightly more modern interpretations of the series, with a seafaring bent. However, if you’re already a fan and are able to tolerate its foibles — old and new — Assassin’s Creed: The Ezio Collection is an enjoyable trip into (video game) history and an easy recommendation.