Publisher Mischief is bringing its ‘cinematic first-person’ game Adios to the Switch on March 17th for $17.99.

Originally released on Steam on March 16th, 2021, the game casts you as a pig farmer who doesn’t quite fancy letting a bunch of gangsters use his pigs to dispose of bodies. Yeah, we wouldn’t either, frankly.

While your first thought might have been a gentle, uplifting piggy story in the Babe vein, the thought of cadaver-devouring swine more likely brings to mind Snatch or Hannibal, and it looks like Adios will be playing on those grisly influences, as opposed to James Cromwell with wellies and mutton chops.

Check out the trailer above, and here’s a full rundown from the official PR blurb:

Adios is a cinematic first-person game about sticking to a complicated decision.

You’re a pig farmer in Kansas. It’s October. Cold, crisp mornings are the norm, and you have decided that you’re no longer okay with letting the mob use your pigs to dispose of bodies. When your old friend – a hitman – arrives with his assistant to deliver another body, you finally screw up the courage to tell them that you’re done.

Your friend doesn’t want you to stop. He knows that there’s no such thing as quitting, so he’ll try to convince you that you’re making a mistake. You spend the day together, doing chores and exploring the nooks and crannies of an authentic environment in the American Midwest alongside the man who will be forced to kill you, if he can’t convince you to stay.

How you respond will determine the rest of your life. 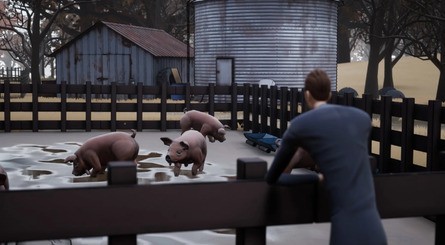 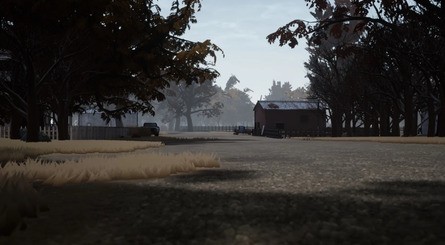 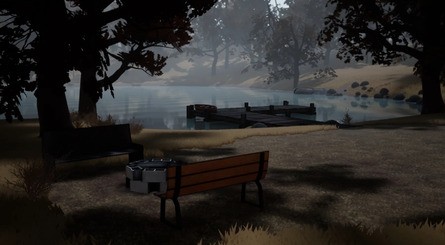 Sounds like an interesting premise to us! After a year, the game has Overwhelmingly Positive reviews on Steam, so it’s probably one to keep an eye on.

Will you be picking this one up? Let us know!